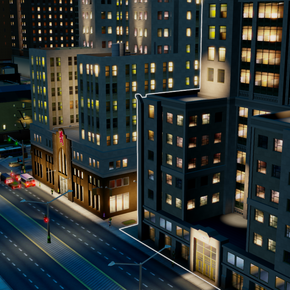 If you are reading this, you probably know all the debates on the new SimCity, about always-on (and whether it’s needed), how scummy EA is, the stupid decisions leading up to the release of the game, and so on.  I’ll be touching on all of that, as well as the actual gameplay.

First, Origin.  I really don’t like Origin as a platform.  Steam already won out for me as far as a game hosting platform, I didn’t need another one with all different ‘friends’.  They also didn’t let you pre-load the game, which would’ve helped EA immensely when the release hit.  It’s also an extra layer of clcking to even GET to the game, as you click Play on Origin, but that doesn’t, you know, PLAY the game, that opens another window, which runs the updater, and then you get to click again.  Why?  Isn’t that the benefit of having an always-on client?  You make me use it, but it provides no convenience or benefit to me.

So, you’re in the game finally.  A note on regions:  forget, at least for now, trying to join random folks in a public region.  You can’t sort them by any means, or filter out filled regions.  They come up in the same order each time, so you’d have to page past every full region to try and find one with a city site open.  That’s actually just a theory, as I paged past dozens of regions and never got far enough to find one with open spots.  Hopefully you are playing with friends, and you can click their name and join their regions (or get invited to private regions).  I won’t tell you that sometimes friend requests are buggy, though.

Once you’ve battled past these issues though, and you are in a city site, and building…well, it’s just great.  The simplifications to zoning, power and water help to cut down on pointless busywork.  Curved roads can be difficult to work with, but can make for some lovely designs – I wish there were some oddly shaped buildings that could better take advantage of the space though.  At least for me, the game seems bring along something new to manage at just the right time, which is usually when I’m feeling pretty confident in my mayoral abilities.  It hasn’t felt particularly hard to me, even at 125k inhabitants, but there were a few touchy moments.  Usually they were caused by changes my region-mates made, like using up all the water or sewer capacity I was using while I was signed off.  That’s an annoying side effect of the asynchronous multiplayer, especially if you don’t have the money/space to easily fix the issue when you do jump back in.

Now, the question:  Should I buy this game?  Looking at just the game itself, and not the opinions on EA and Origin, it’s a qualified yes.  Can you get your head around building a smaller, focused city versus a huge sprawling megalopolis?  Do you have friends you’d like to play a SimCity game with?  Go for it.  If not, you may just want to play SC2k again.  This doesn’t replace that, at least for me.