Marvel’s latest mobile game is Avengers Academy, which is one of those thing where they reimagine existing characters (hero and villain) as teenagers.  It works well here, as it seems like there’s some time travel-type shenanigans hinted at as far as the story goes.  It’s by TinyCo, and if you’ve played one of their other games, you’ll get the gist here right away.  Build buildings, recruit new characters, level up, all overlaid with an interface replete with ways to pay to hurry up your progress. 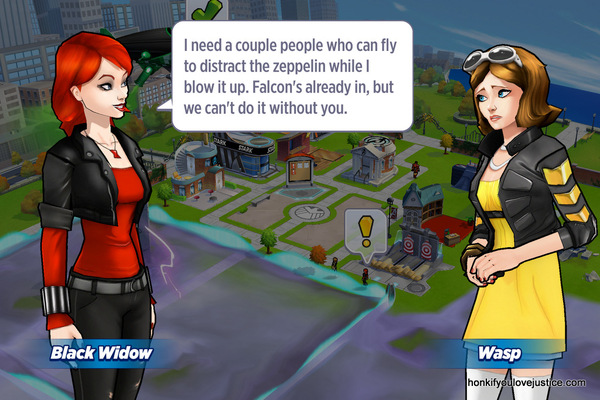 What makes the game work (mostly) for me is the art and voices.  As you upgrade the heroes (and uncover the truth of what’s happening), they begin to look more like their comic book counterparts, and the animations and designs are sharp.  It’s fun watching a giant Hank Pym hop up and sit on his lab, or Wasp and Falcon zipping around the quad. 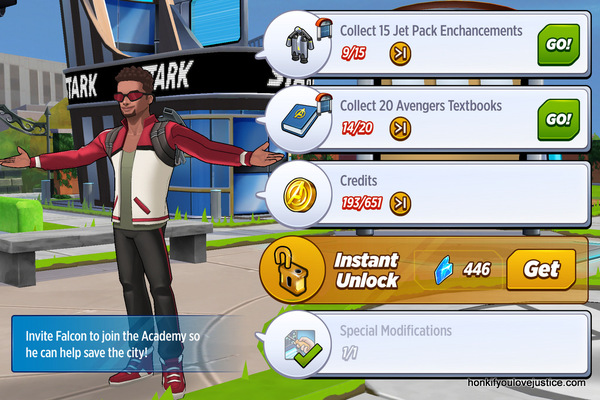 As far as paying for things goes, the key is to treat it like a game you pick up and play a few minutes at a time, and not rushing through.  Some actions take hours, but I just pop in every once in a while and collect everything and start new actions and it progresses (albeit slowly).  Will I stick with it long term?  We’ll see, but it’s a fun diversion for now.